Yes, how are we to remember Utøya?

It was not a catastrophe of Nature, it was not an earthquake, no accident like the horrifying ferry catastrophy Estonia 1994.

It was, exactly as 9/11, a well planned, prepared, politically motivated and strictly implemented terror attack in a format we haven’t experienced before. That day, on the small island outside Oslo, the utmost objective of the european neo fascist movement was clear. The massacre was, according to the terrorist, the starting point of, what he claimed, ” a necessary war on race” to defend Europe and to save the ”nordic race”.

In the world of right extremism it’s not enough with parliamentary progress. It is not enough to hope for closed borders and legislated repatriation. Not enough to silent critics and ”PC-Media” through conditional freedom of speech. It demands more to destroy democracy, to reach total submission.  What Utøya shockingly exposed was that the final solution for the neo fascistic movement was to physically extirpate those who don’t share the idea that the ”white” Europe soon is a lost world. For these people no price is to high when it comes to defend ”the race” and ”the clean nation”. In their bubble of convictions the terrorist on Utøya only did his duty. He looked upon himself as an inspirer, a role model which was to be followed. Without any hesitation the democratic society must be destroyed. Multiculturalists, friends of muslims, muslims, the democratic leaders of tomorrow, left journalists, marxists – all of them should be deleted from the surface of this earth.

It is to be remembered that when the terrorist, disguised as a police officer, started the slaughter on Utøya he screamed: ”Marxists, today shall You all die!” He killed 69. 56 were shot in the head at close range. A method to kill picked from the Nazi so called Einsatzgruppen, the vanguard of the Holocaust with their mission to make the invaded east Europe ”judenfrei”.

The terror attack seven years ago supplied the democratic society with several challenges. The Norwegian social democratic government at the time, solved many of these. The police didn’t kill the terrorist (which otherwise is routine in the police forces). The terrorist was arrested and put to trial. Although first with the intention to be declared as insane. He was, as the internationally acclaimed Norwegian author Åsne Seierstad noted with her mined title of her very good book on the terrorist; ”One of Us”.

A crucial difference between 9/11 and Utøya are the different motives behind. While 9/11 was an organised attack on the emblematic heart of the American economy, Utøya was a product of the utmost consequence of the neo fascistic european ideas.
But the greatest difference between the two events is the political aftermath. The US bombed Afghanistan, invaded Iraq, caused far more than 1 000 000 million civilian deaths and finally executed Usama bin Ladin in live television for the White House. We, who live in the European democracies, have instead being forced to watch how a strong right wing national political wave swept over our continent and even reached governments in countries like Norway (!), Austria and Italy. Not to mention the policy of the super nationalistic Governments in EU-member states like Hungary, Poland and Czech Republic.

The American war policy polarised the world, feeded the theory on ”The war between civilisations” and made neofascism, racism and nationalism grow globally. The American crusade (as Bush called it) had as a fundamental idea that every muslim must be suspected as an enemy. This idea was picked up by the ideologists behind the neo fascism and they gradually complimented their traditional antisemitism with hate propaganda on all muslims. The war in Syria and the millions of refugees gave them a target: the so called mass immigration. Their racism found new formulations, now about ”culture”, The result was an increased every-day racism in Europe, which all european muslim women

wearing a veil, every afro-european person, everyone with a muslim name bear witness to.
In Sweden 9/11 changed the priorities of the secret police. The hard policy towards neonazists and fascists during 1990:ies ended. The legislation and the secret police focused now on jihadistic terror. Not even Utøya changed these priorities. There are to many examples. The Swedish laws against terrorism are never used concerning arsons on homes for refugees. 2016 we saw almost 100 of these in Sweden, The same year a group of neonazists placed bombs outside refugee camps and got caught, But the prosecutor stated that this was not a terrorist crime: ”Refugees can´t be regarded as a certain group of people.”

The threats from the right wing extremism is increasing. They are successful around Europe in our democratic parliaments. This only make the most fanatic extremists stronger and legitimize action and they are in a hurry. Negociating is not enough when the nation and the dominion of the white race go under.

To reconstruct and remember what happened on Utøya clarifies that the european neo fascistic terror is at least as dangerous as al-Qaida. They have a goal in common: To destroy democracy. But the big difference is that those who now preach about the downfall of Europe do so from public platforms. They speak in our parlaments, they propagate, they inspire. They will never admit their final goal, They are decent democrats until the moment they believe they have power enough to deface democracy.

A Swedish example is Sverigedemokraterna, a party with roots in the neonazi movement of 1990:ies. In our recent election they received 17 percent of the votes. A result which created their disappointment. Their leading ideology, his name is Mattias Karlsson and he is their group leader in the parliament, commented the result:

”We have always made resistance, always risen, always been victorious and survived. Thanks to our unshakable stubbornness, our convictions, our spirit for sacrifices and the leadership of a small troop of patriots. We have to be that troop now. Faith has appointed us this time. There is no time for rest or to mourn broken illusions or hopes. We have not made this choice. Our opponents have forced us into an existential battle on our culture and the survival of our country. There are only two options: Victory or Death.” That is the analysis from the leader of the third biggest political party in Sweden, a party that on a daily basis claims that muslims are invading Sweden and the destruction of Europe is happening. According to them this is the biggest threat towards Sweden since WW2.

They look upon themselves as patriots, appointed by Faith to defend their culture, their race, their traditions and their nation.
Their views are shared by the terrorist from Utøya.
They are some of us.
Exactly as Anders Behring Breivik. 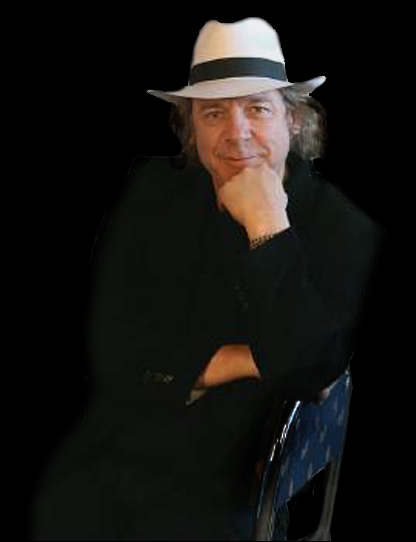