On 22 July 2011, a bomb exploded outside the government buildings in central Oslo. The perpetrator was a Norwegian far-right terrorist. After the bombing, he went to the island of Utøya, just outside Oslo, where the Labour Party’s youth league was holding its summer camp. Disguised as a police officer, he murdered 69 people, mostly teenagers, in the course of 72 minutes. 56 of them were executed with a bullet to the head. How can we understand?

Six years after the terrorist attack, four survivors from Utøya meet in northern Norway to remember and share their experiences of what happened. They are joined by twelve young Norwegians who want to help and understand. A psychologist is involved throughout the entire project. Together, in a film studio, they reconstruct the survivors’ memories of what happened on Utøya. The survivors tell their story for their own sake, but also for ours. For the present, but also for the future. This film documents that process. 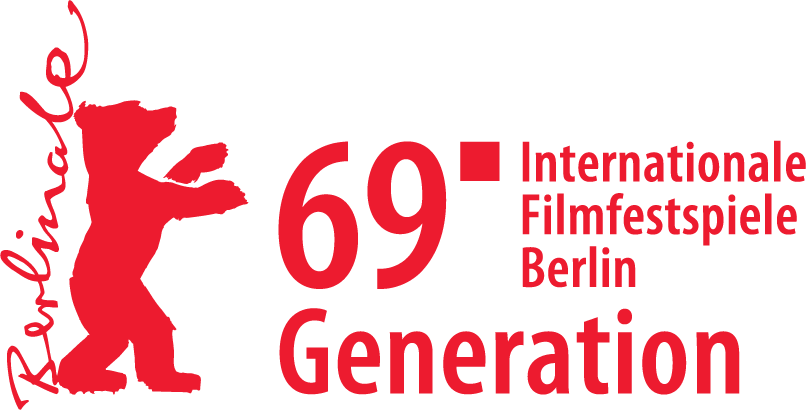 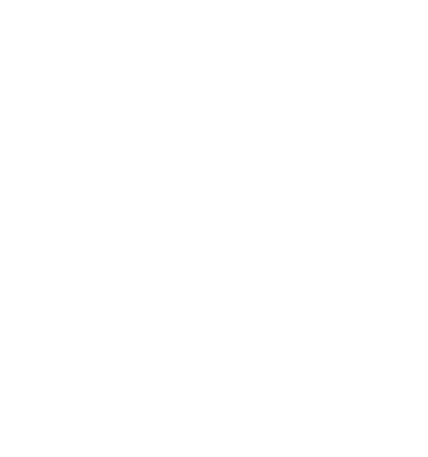 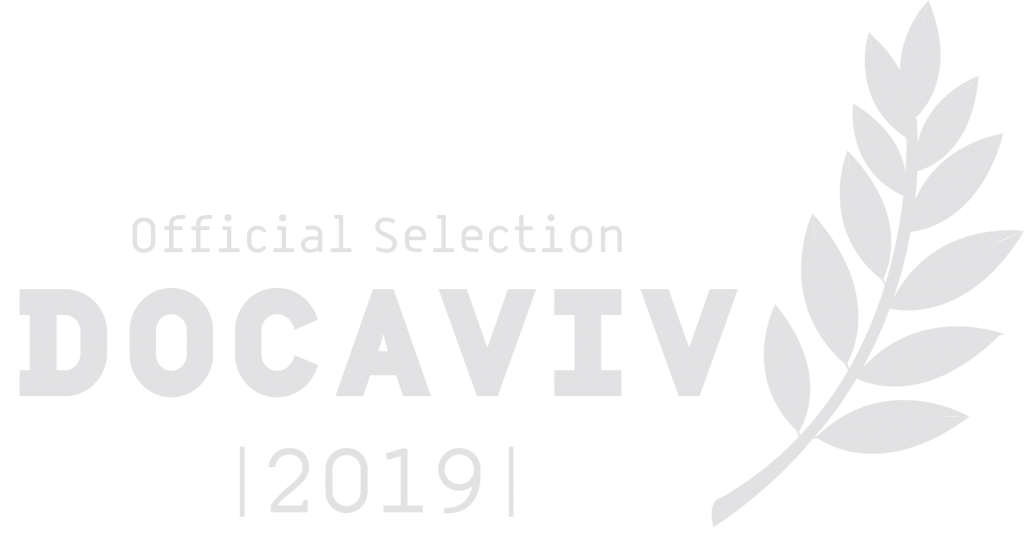 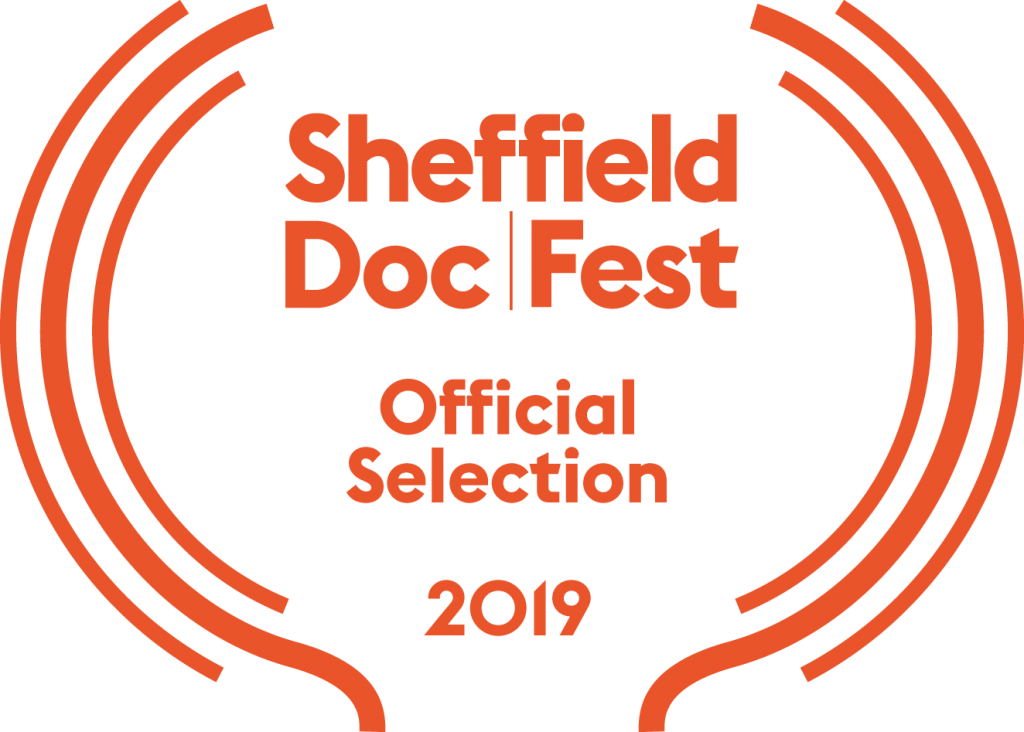 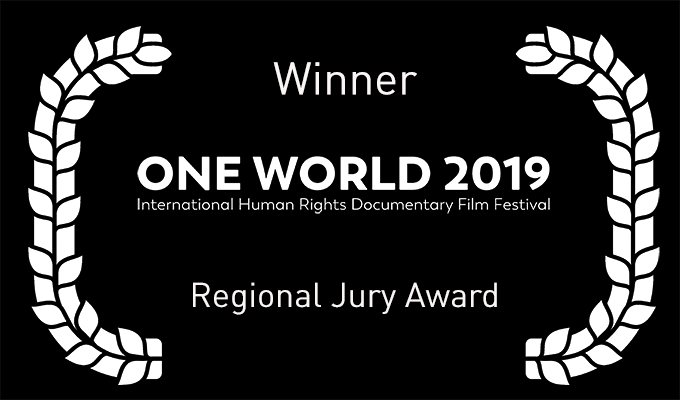 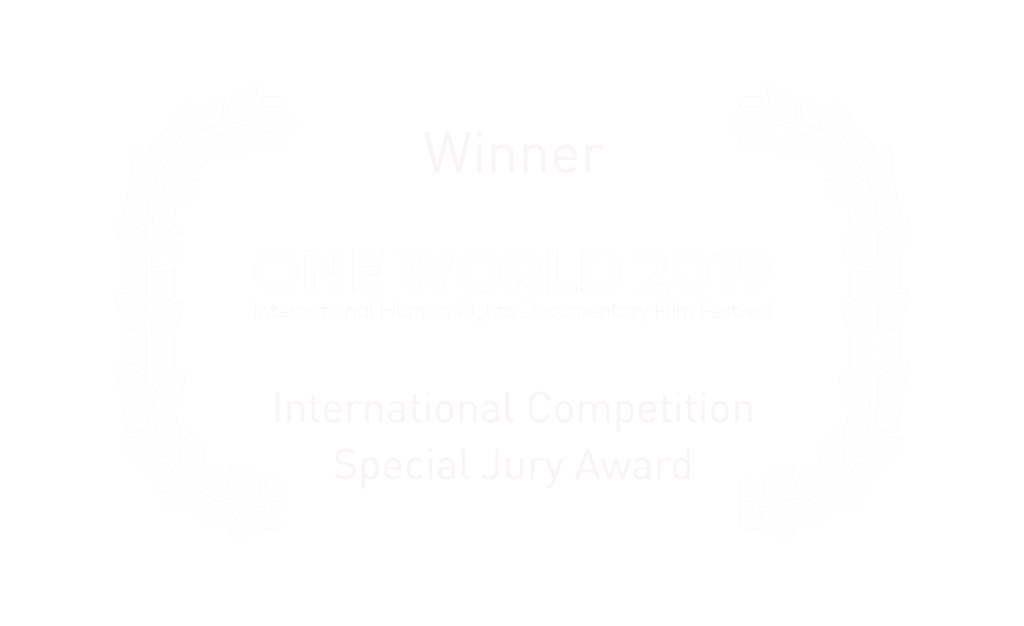 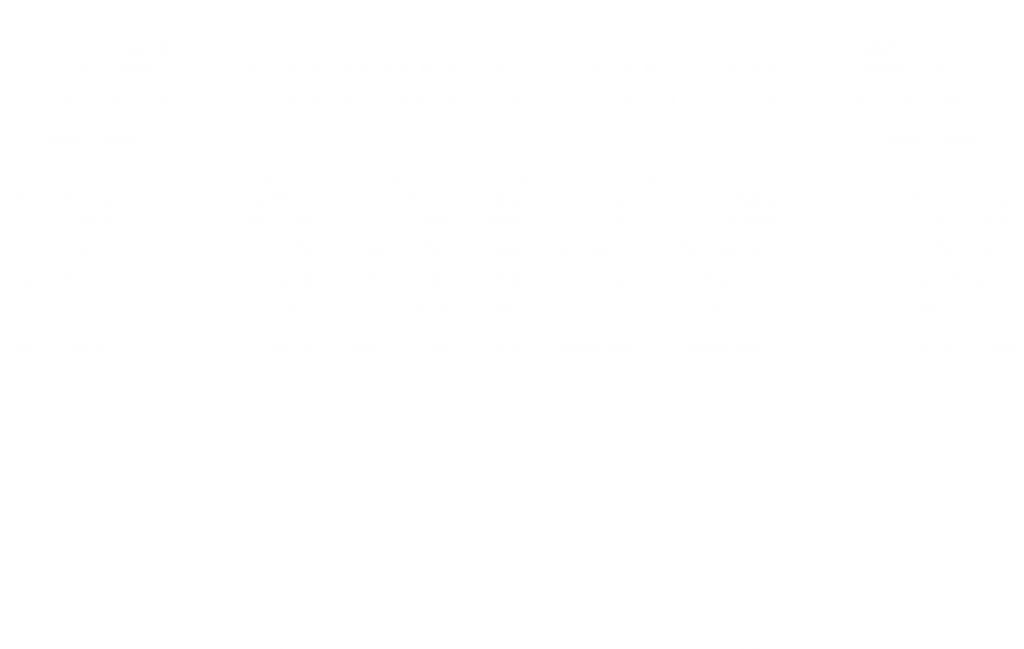 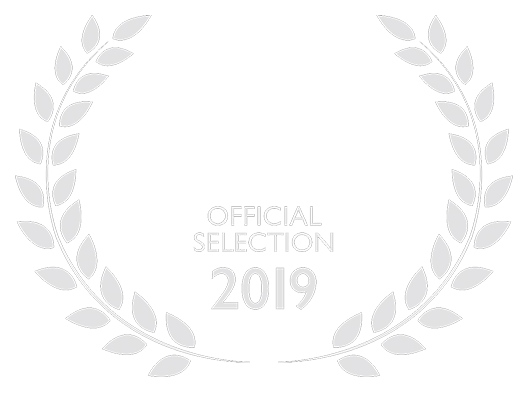 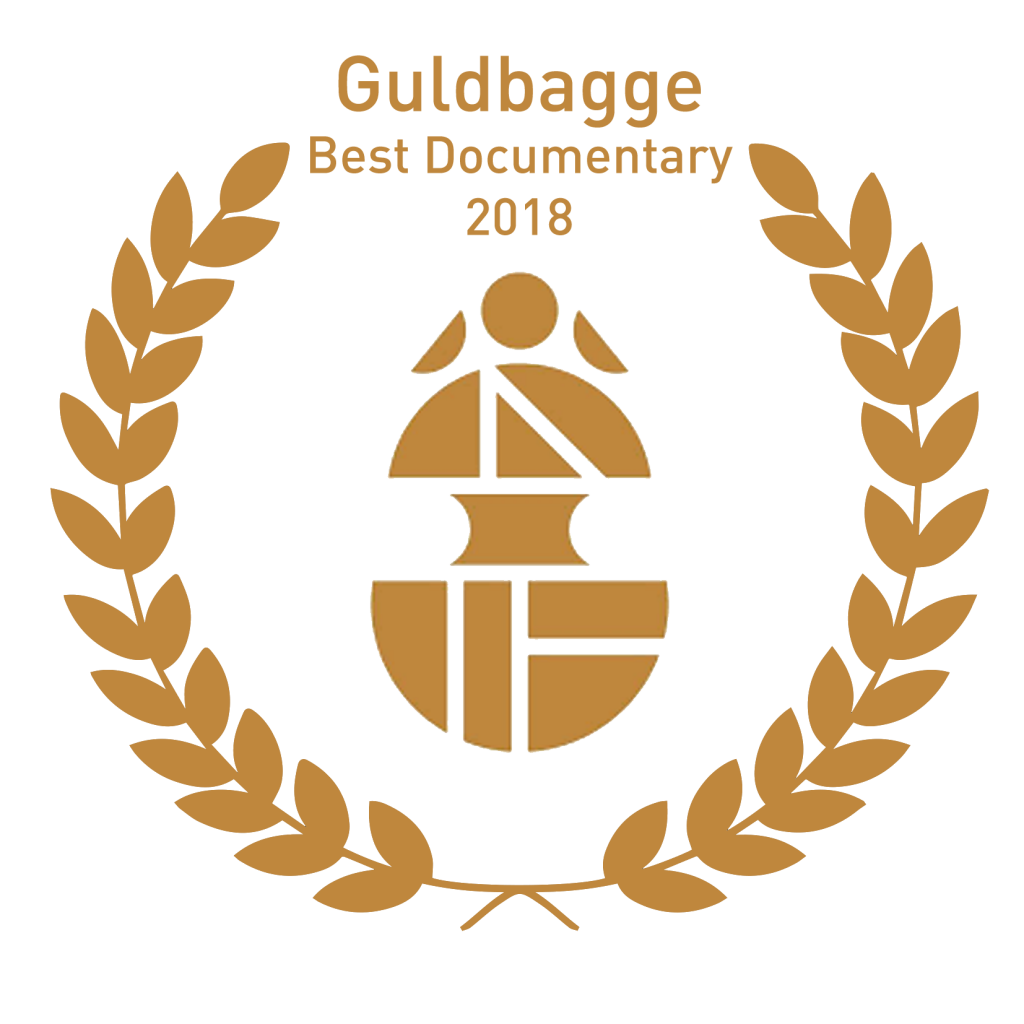 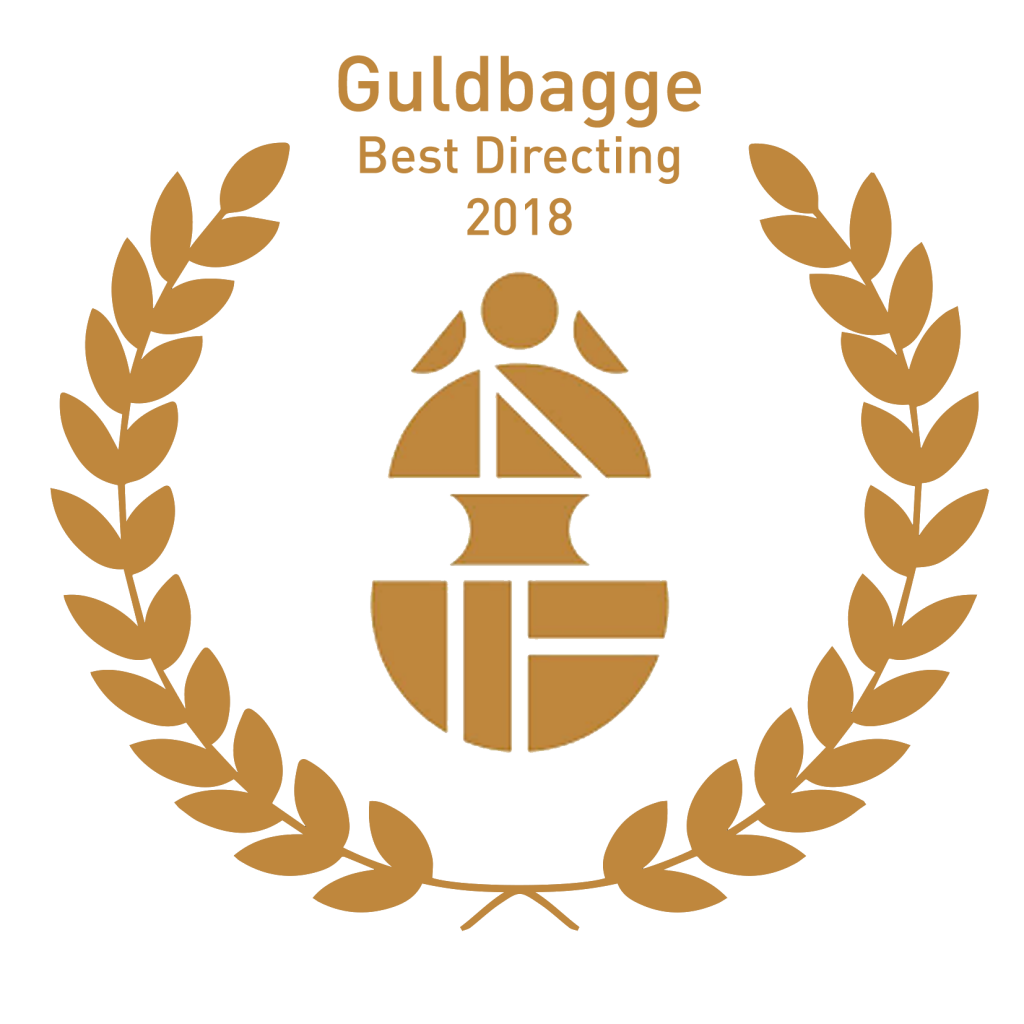 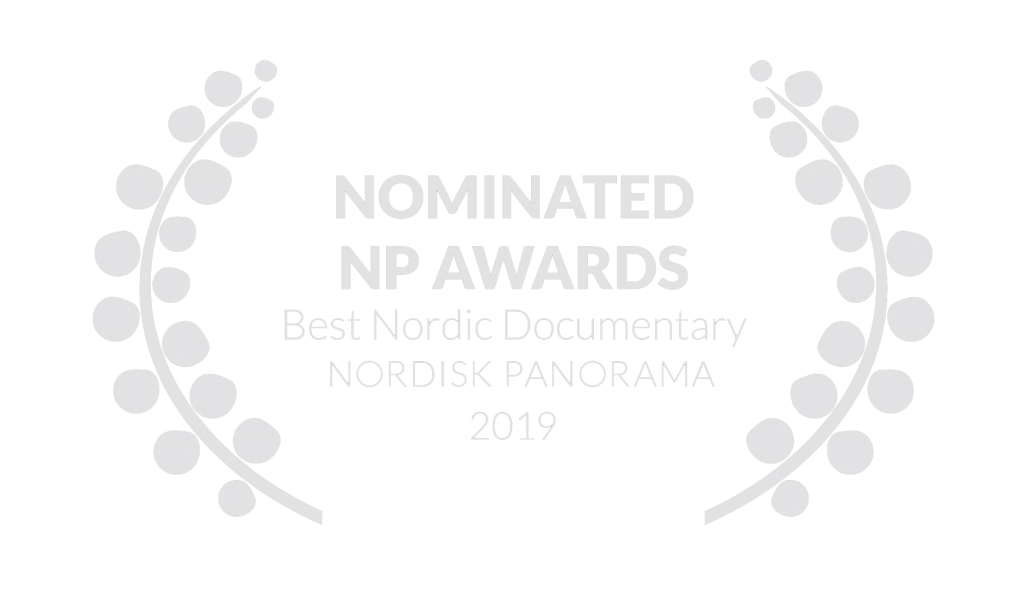 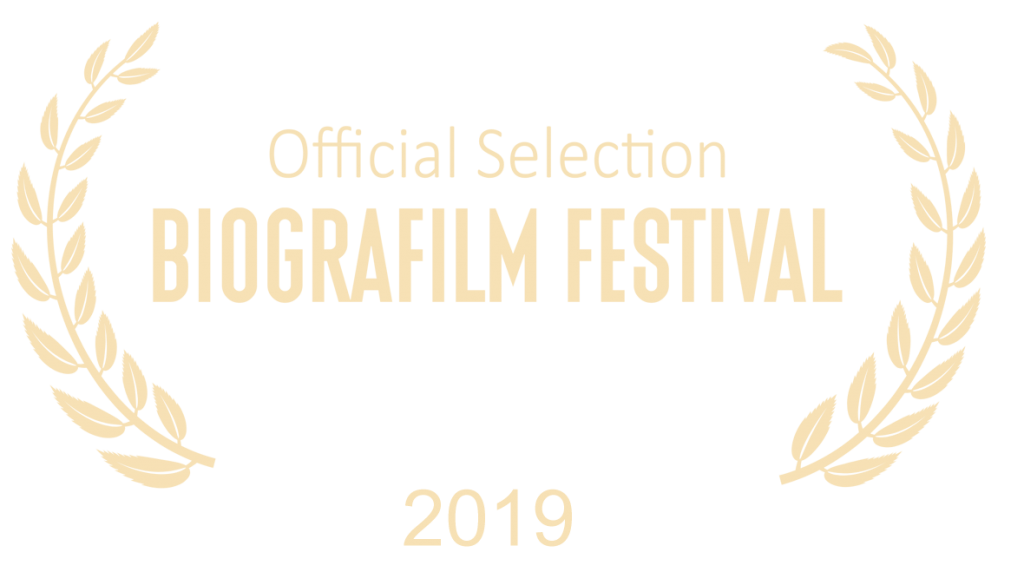 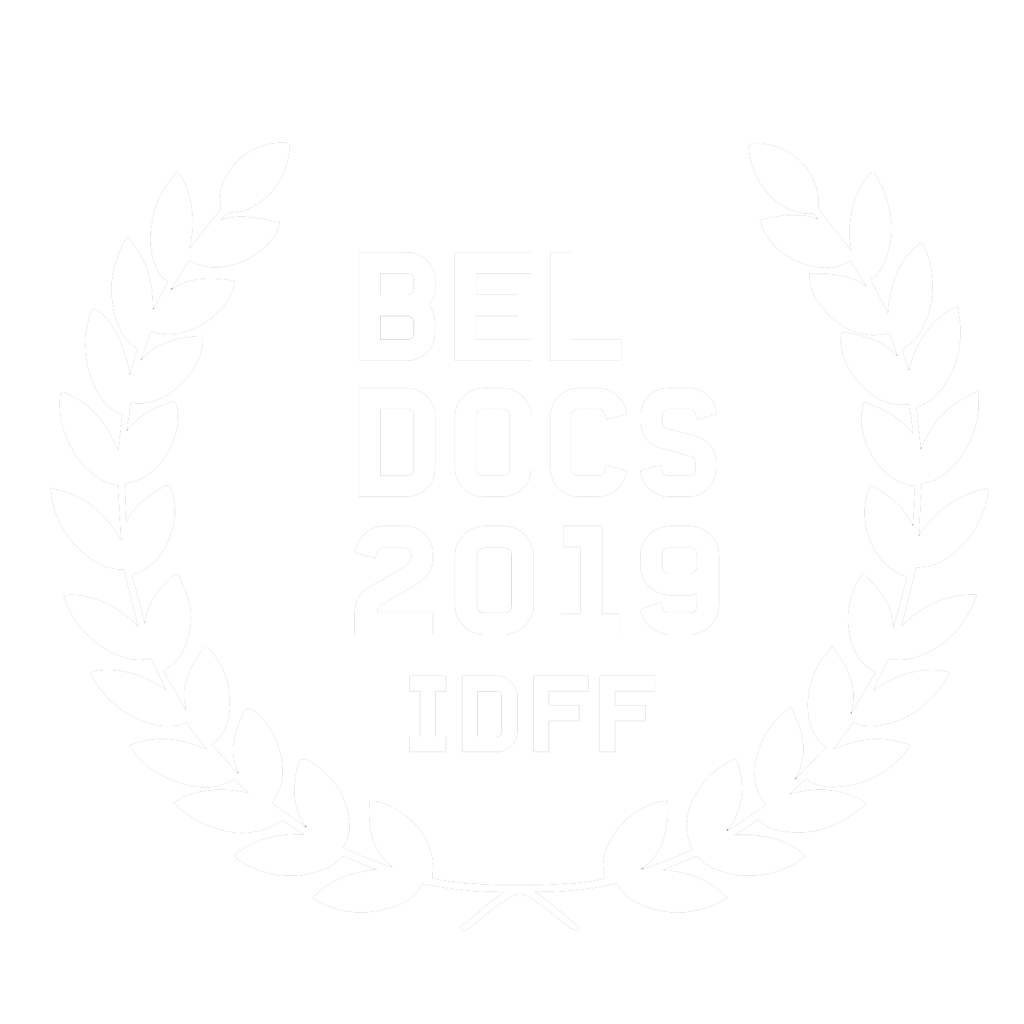 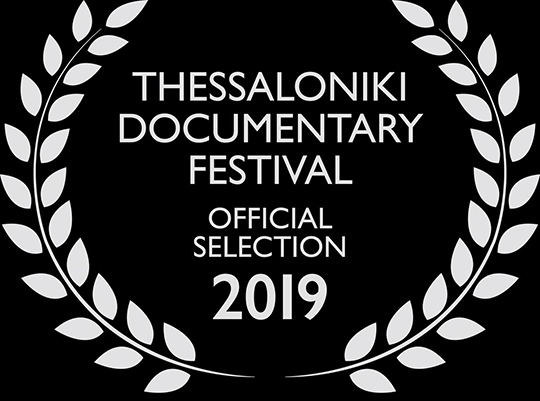 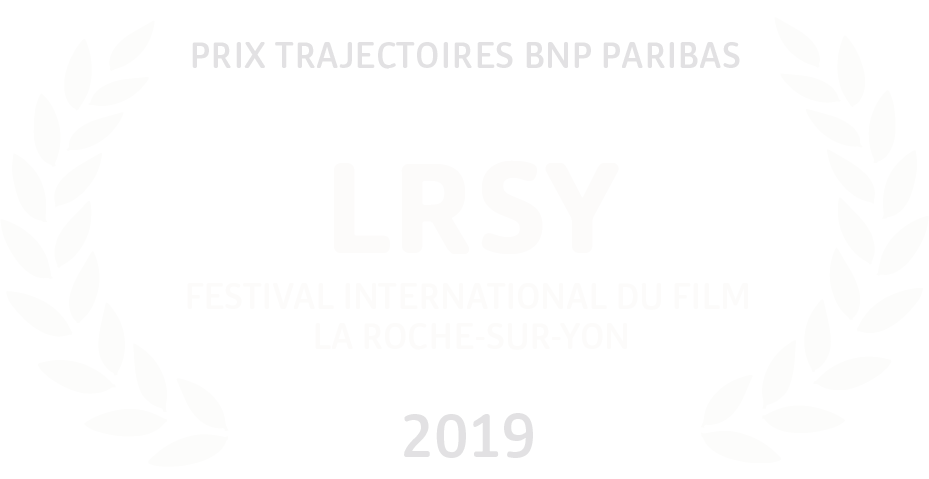 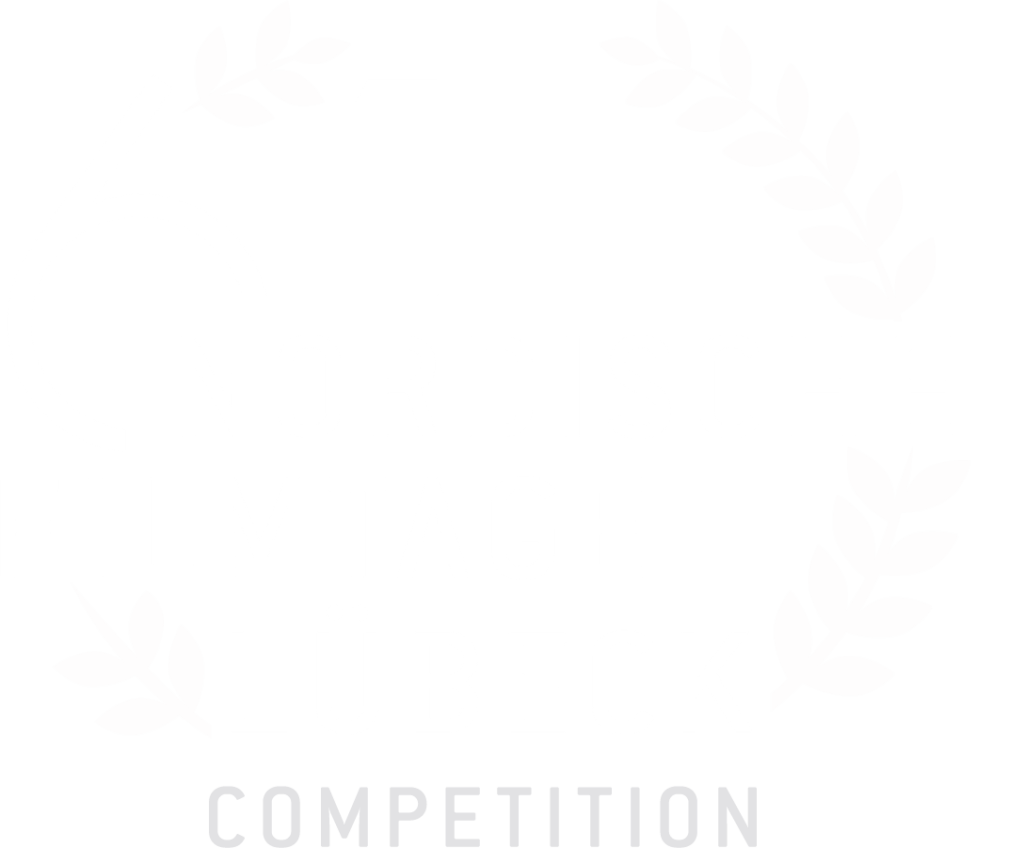 Reconstructing Utøya is a documentary about survival and how to move on despite traumatic memories of the most brutal fascist terror attacksince World War II. Rakel, Mohammed, Jenny and Torje are survivors and carriers of the history. Together with 12 young Norwegians and a film crew, they reconstruct their experiences in a desolated film studio painted in black in the northern part of Norway. All closely supervised by a psychologist. The four young people are recreating 22nd of July 2011. The Day that changed their life. The day when future political leaders and predecessors of tolerance were supposed to be extinguished by a fascist crusade against a free democratic and multicultural society. It began with a bomb in the governmental headquarters in Oslo and continued with execution of the AUF (The youth association of the Labour party) at Utøya.

In 72 minutes 69 people were murdered. Four of the survivors relieve their painful memories, convinced of the importance of remembering. For themselves, for us, for the present time, for the future. The project already began in 2014 when Carl Javér (director) and Fredrik Lange (creative producer) presented their idea of Reconstructing Utøya to the Support group 22 juli, an organisation for survivors and relatives of those who departed. Their approval and positive response towards the project were crucial and it was an establishment for cooperation with the Norwegian producer John Arvid Berger, Polarfox AS, FilmCamp AS in Norway and the Danish producer Helle Faber from Made in Copenhagen ApS and Film i Väst.

Javér and Lange have developed an artistic method which is not yet explored in the documentary genre. Your thoughts might approach the acclaimed documentaries of Joshua Oppenheimer ”The Act of Killing” and ”The Look of Silence”, but the focus in this film is towards the survivors and not the perpetrators. Having the survivors in the center of attraction Reconstructing Utøya also reminds us of Claude Lanzmanns film “Shoah”. The most explicit feature of a documentary is the authenticity which contributes to a broad emotional potential, everything is “real”. The authenticity in Reconstructing Utøya exist in several levels. The people we meet are real. Four survivors and their vivid memories. In this unique documentary we do not only encounter how these young people survived, we will also see how they stage and reconstruct their experience through the group of actors along with their reactions of observing themselves and their memories from the inside and outside of their minds. They reconstruct not only this everlasting hour when 69 people were murdered but also how it feels when approaching their most painful memories. Rakel, Mohammed, Jenny and Torje are retelling their story for themselves and for everyone else, they remember in consideration of fellow humans and the democratic community.

Yes, how are we to remember Utøya?

It was not a catastrophe of Nature, it was not an earthquake, no accident like the horrifying ferry catastrophy Estonia 1994.

It was, exactly as 9/11, a well planned, prepared, politically motivated and strictly implemented terror attack in a format we haven’t experienced before. That day, on the small island outside Oslo, the utmost objective of the european neo fascist movement was clear. The massacre was, according to the terrorist, the starting point of, what he claimed, ” a necessary war on race” to defend Europe and to save the ”nordic race”.

In the world of right extremism it’s not enough with parliamentary progress. It is not enough to hope for closed borders and legislated repatriation. Not enough to silent critics and ”PC-Media” through conditional freedom of speech. It demands more to destroy democracy, to reach total submission.  What Utøya shockingly exposed was that the final solution for the neo fascistic movement was to physically extirpate those who don’t share the idea that the ”white” Europe soon is a lost world. For these people no price is to high when it comes to defend ”the race” and ”the clean nation”. In their bubble of convictions the terrorist on Utøya only did his duty. He looked upon himself as an inspirer, a role model which was to be followed. Without any hesitation the democratic society must be destroyed. Multiculturalists, friends of muslims, muslims, the democratic leaders of tomorrow, left journalists, marxists – all of them should be deleted from the surface of this earth.

“When you encounter an event like the one that took place at Utøya you approach it with painful memories. It is an emotional place to enter. The ambition with the reconstructions have been to make these memories possible to film and perhaps to take control over the things that happened, conquer the fear by sharing the burden and making it easier to carry. The survivors unyielding urge of sharing what happened to them that day have been the foundation of this project. They stand as witnesses to a political action that have come to define our time. And in a time when extremity from the far right is returning in Europe, maybe it’s true what Rosa Luxemburg said “The most revolutionary to do is to proclaim what is happening”. The four survivors Rakel, Mohammed, Jenny och Torje are doing this in Reconstructing Utøya. They are telling us what happened the 22nd of July in 2011.”

Born 1972. Director, writer, editor. Educated at Biskops Arnö and dramatiska Institutet. He have directed seven documentaries including three major documentary series. His latest documentary Reconstructing Utøya made its international Premiere at Berlinale 2019 and was nominated for two Guldbagge, the Swedish Academy Awards, for best documentary and for best director. His previous documentary Freak Out was shown in theatres in Sweden, broadcasted on ARTE and have won 10 film festival awards. He has been a member of the board of Swedish independent Filmmakers Association and also a jury member in the film section at the Swedish Arts Grants Committee. He is a lecturer at Akademin Valand and co-owner of Vilda Bomben Film AB. 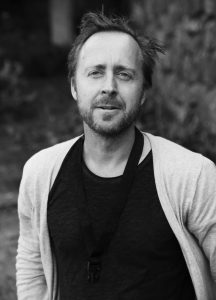 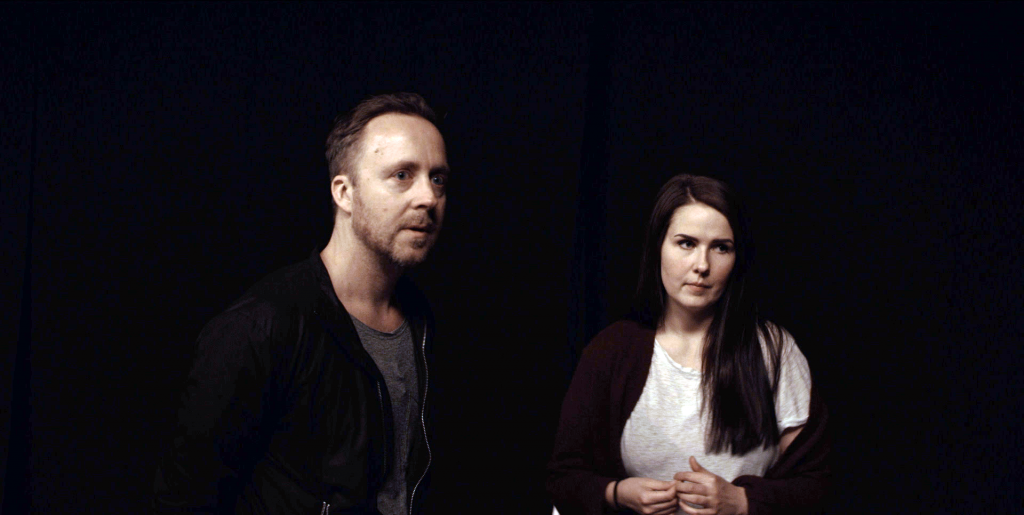 ”We all know what happened on the 22th of July 2011 in Norway.
But it is as if the memory of these actions of terror are linked to the memory of one man. Somehow this have defined the way of remembering what happened at Utøya and becomes a part of forgetting something else, more important. There are parallels to the memory of fascism and the Holocaust, where a tremendous amount of work, by many people, have been put to replace the imprinted image of the perpetrators with the images of the survivors. The survivors of these atrocities have the role as guarantors so their memories will become a part of history. So for us, the survivors of Utøya are the carriers of memory and subsequently of History. With Reconstructing Utøya we will therefore tell the story of Utøya with the
perspective from the survivors.”

Born 1964. Educated at Damu in Prague and Filmhögskolan in Gothenburg. Founded the production company Vilda Bomben Film AB 2004. Started cooperation with Javér 2010 which led to among other things to feature documentary ”Freak Out! (2014), which also was co-written by Lange. During recent years he has produced and cowritten documentary features, produced shorts and nordic co-productions. He also works occassionally as an external expert for the Media Programme of the EU Commission since 2010. 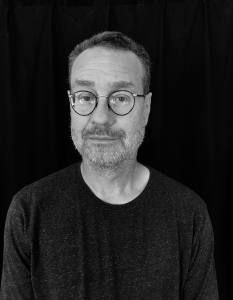 Born 1964. Educated at Damu in Prague and Filmhögskolan in Gothenburg. Founded the production company Vilda Bomben Film AB 2004. Started cooperation with Javér 2010 which led to among other things to feature documentary ”Freak Out! (2014), which also was co-written by Lange. During recent years he has produced and cowritten documentary features, produced shorts and nordic co-productions. He also works occassionally as an external expert for the Media Programme of the EU Commission since 2010.

As producer and co-writer

Vilda Bomben Film AB is carving out itself as a cutting edge film production company – in Sweden and in Europe. Ambitious when it comes to artistic quality and always looking for new ways to tell a story. Run and owned by producer Fredrik Lange, filmmaker Carl Javér and Gunnar Bergdahl, co-owned by solicitor Jesper Sundström and filmmaker Bo Sjökvist.

The company was founded in 2004 and is located at Konstepidemin in Gothenburg, Sweden. Coming from the field of documentaries we are now also diversifying into drama, where we have several projects in development, both one offs and series. We are also developing young talents for various formats in the form of a french speaking section of the company. 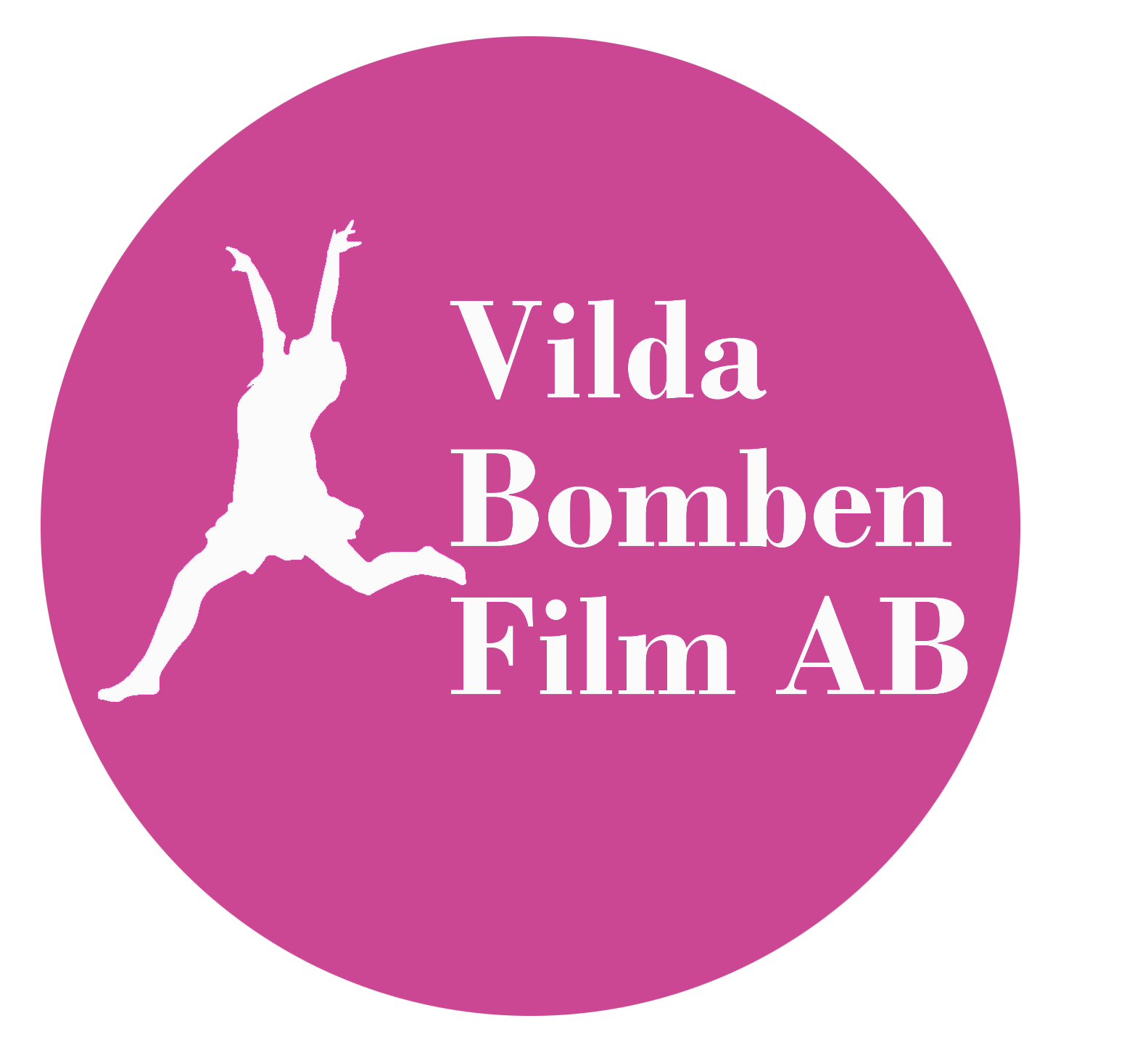 Our intention is to produce films that look at the world with artistic means. Working with moving images constitute special problems. For us, the moving images are perhaps not language, but maybe just looking like a language. To be able work with such a material, we believe that one way to do this is to try and utilize dialogue and context as a model of communication. We assume that most of what goes on both inside the projects themselves and in the finished works is possible to reach through careful dialogue both with the creators, with others and the work itself to develop each project into an interesting result that can reach audiences in Europe and the rest of the world.

We have a strong connection to the local fund Film Väst, who have invested in almost every project we have worked on. SVT and SFI are typical financiers and supporters for our projects and we have a good relation to the cinema distributors Folkets Bio and Triart Film film in Sweden. Internationally, we have recurringly been funded by DFI, Nordic film and TV Fund and Eurimages, as well as NFI, Fritt Ord, EU Media Development, and EU MEDIA TV Distribution support.
Internationally we cooperate with people such as Lise Lense Møller at Magic Hour Films in Copenhagen, Heino Deckert at ma.ja.de Filmproduktion GmbH in Berlin, Deckert Distribution in Leipzig, Signe Byrge-Sørensen at Final Cut for Real ApS in Copenhagen and as well as John Arvid Berger at Polarfox. On our latest project we also started to collaborate with Phillipa Kowarsky of Cinephil in Tel Aviv. 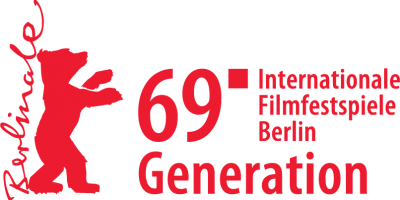